The Important Role of Consumers in Fashion Industry 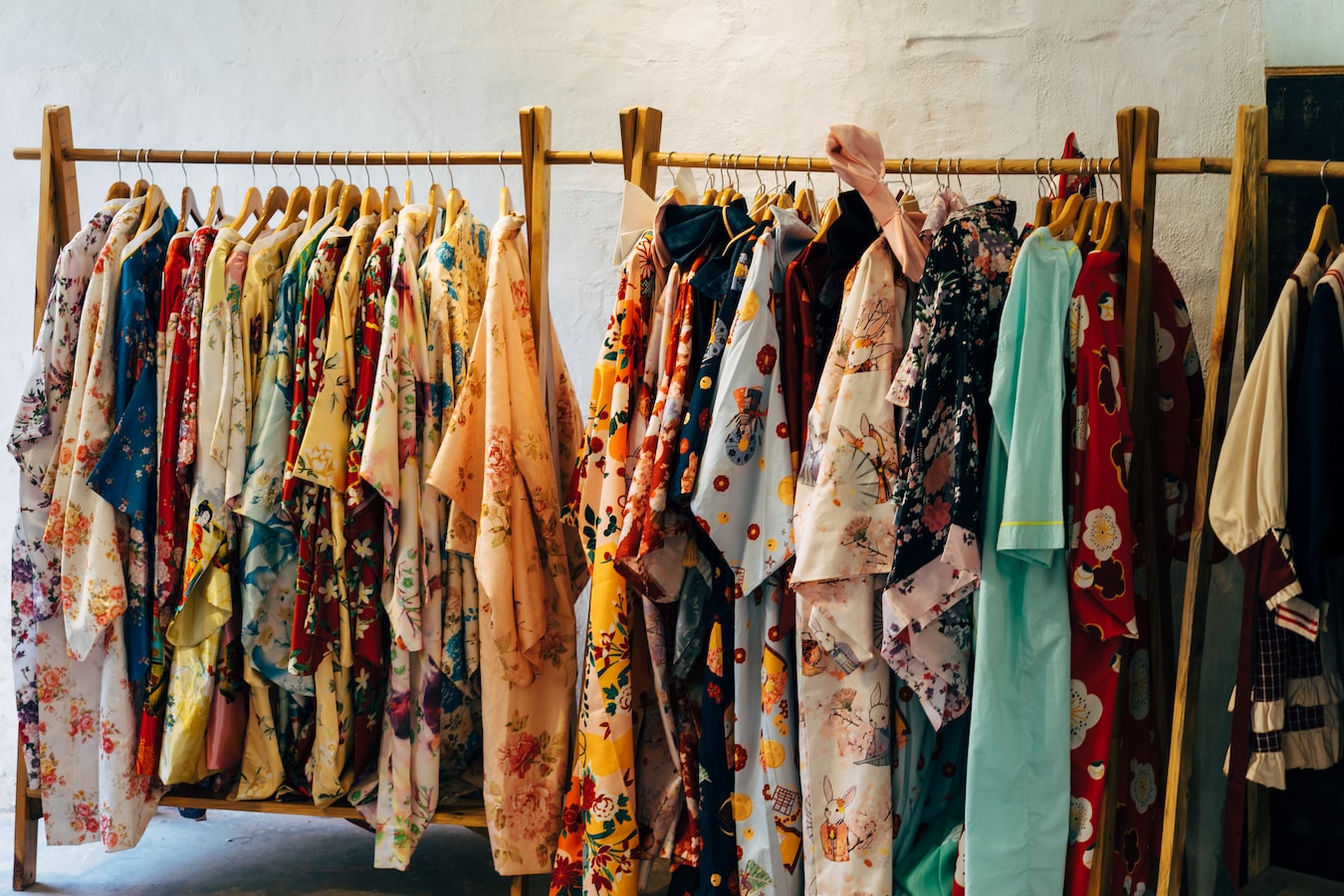 It can be hard to believe our purchasing decisions matter when we consider the sheer enormity of the fashion industry. But actually, they do more than we can think of. Fashion is a $2.4 trillion global sector that hires 70 million people worldwide and arguably is the second biggest polluter after the oil industry. And yes, we’re drowning in clothes. Whether you shop online or in-store, racks of cheaply made stuff that will be replaced with new looks next week. How could a split-second decision to buy a T-shirt from one brand over another do anything to move the needle?

But we are seeing some big consumer-led trends that are sweeping the industry, thanks to our collective decision to effect change. We’re telling brands to stop treating clothes like they are disposable, cut down on pollution, and treat their workers with more dignity–and they’re listening or at least they seem like they do. 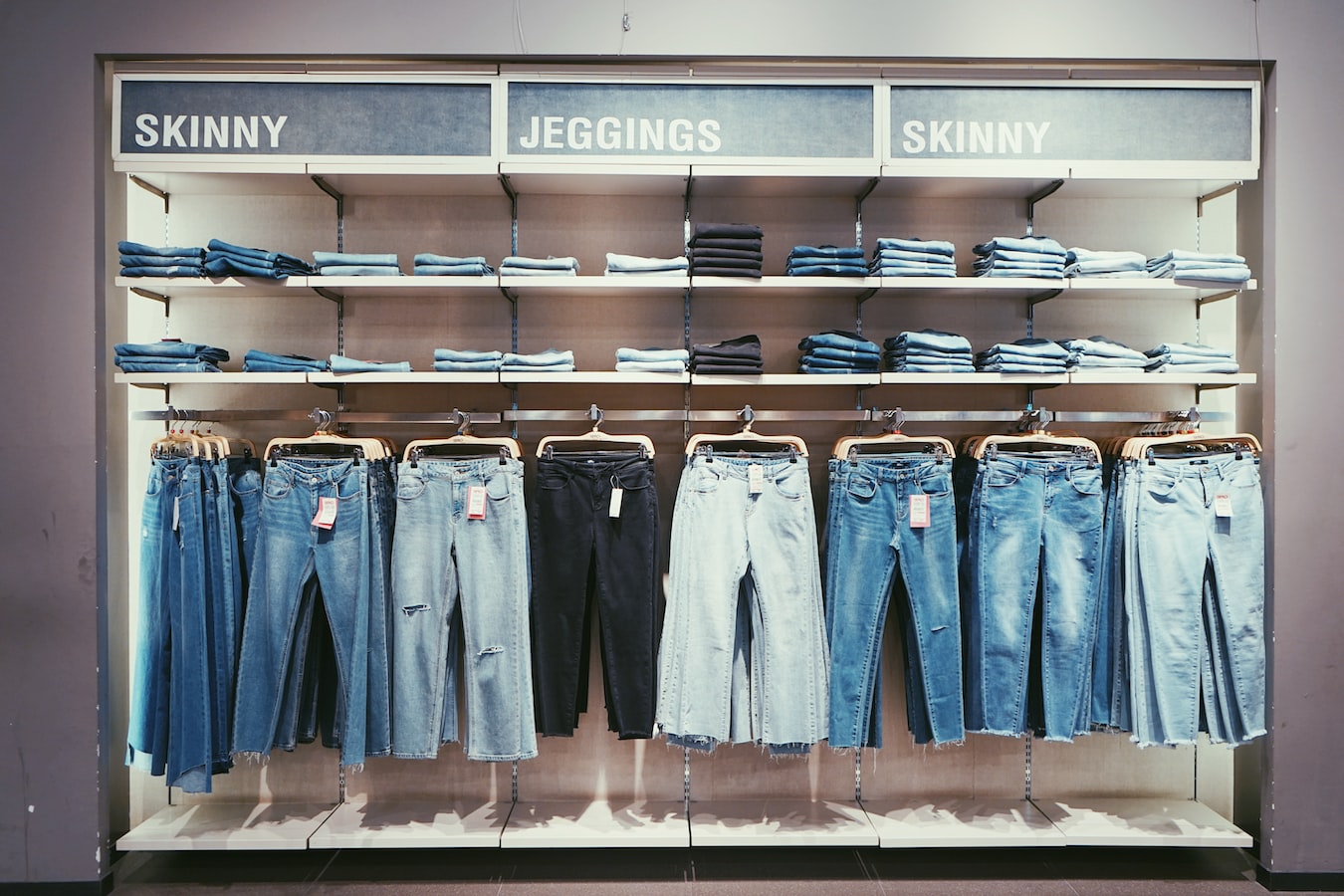 Fast fashion may be on its last legs. Fast fashion brands have billions of unsold inventories left hanging on their racks, along with a massive drop in sales. When you consider all of the raw materials, chemical pollution, human labor, and transportation costs required to make just a single shirt, the scale of the waste is astounding. But the fact that we’re not buying the goods that fast fashion brands is churning out also sends a powerful message to the company: We’ve lost our appetite for fast fashion.

The original promise of fast fashion was that it would democratize great design. Fast fashion brands would study the looks designers were showing at fashion week, then make similar styles at rock bottom prices. They did this by building a global supply chain–and tapping on low-wage labor–that could crank out designs faster than ever before. And the concept spread throughout the industry, forcing big box retailers to keep up by supplying customers with similarly cheap and fashionable clothes.

But fast fashion also trained consumers to think of clothes as disposable. When you can buy an wear-to-moment dress for $14.99, it’s very easy to come back in a week to pick up a new one and toss the old one. We now know that this behavior has huge environmental consequences. As the media has widely reported,  Americans have doubled the amount of clothing they throw away every year over the last two decades from 7 million to 14 million tons, which is about 80 pounds a person. And donating clothes to charities only creates economic headaches in developing countries, some of which are trying to ban the import of secondhand clothes.

We’re just not into it anymore. Fast fashion brands are now tinkering with alternative concepts due to dropping sales. It’s a signal of how drastically their thinking has changed, all because we’re asking for the better. 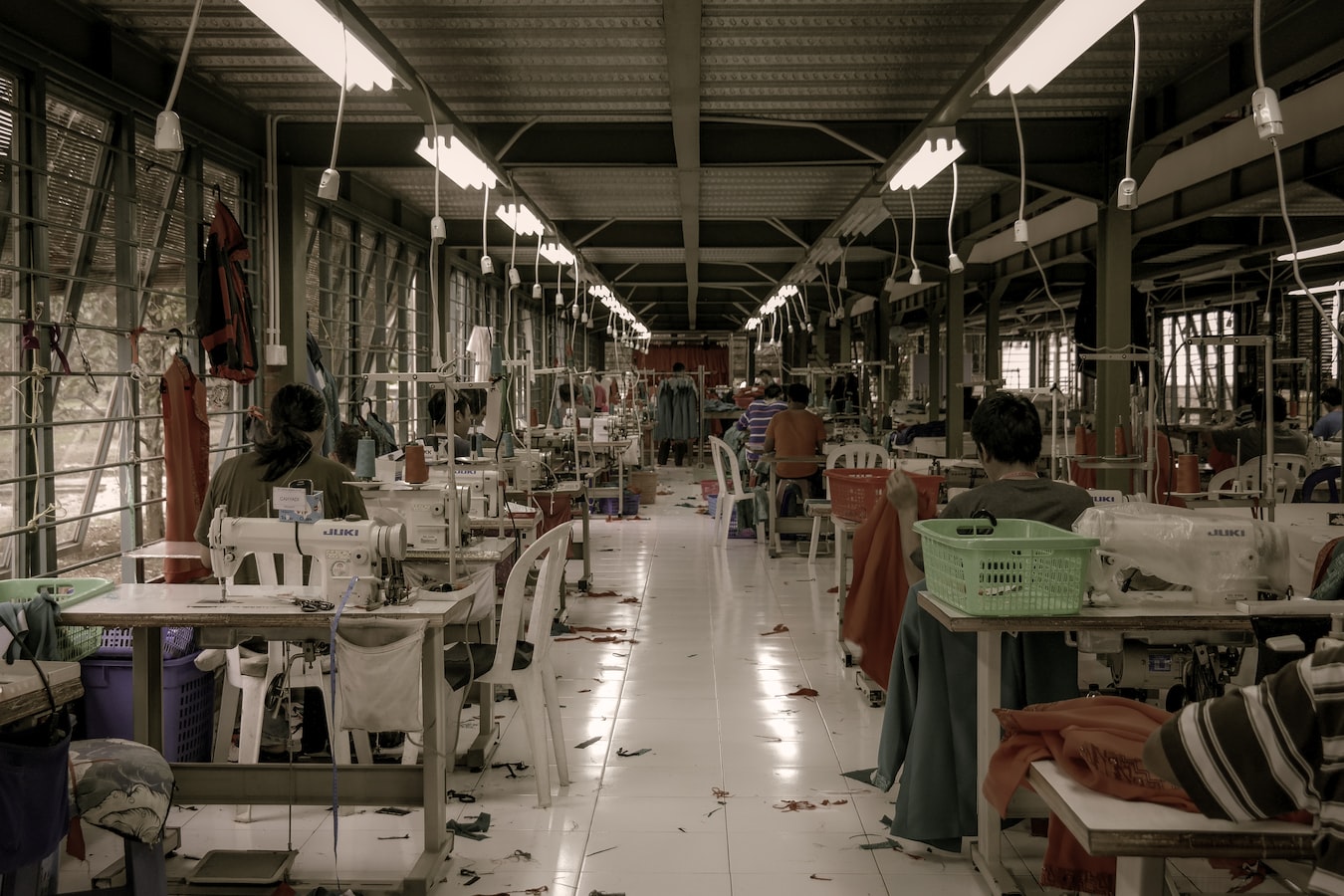 It’s not just quality and environmental waste we care about. Many consumers are more concerned than ever about how garment workers around the world are being treated.

In the past, most brands were cagey about sharing details about their supply chain. But things have changed over the last few years, largely because consumers are demanding to know if anybody suffered while making our clothes. Many fashion startups are carefully choosing to manufacture at factories where workers are treated well and are paid a living wage.

Some are building factories in the U.S., where there are stronger workplace regulations and companies can keep a closer eye on production (e.g., American Giant and Reformation). Others search out the most ethical factories around the world and give their customers a glimpse into the workers’ lives on their website (e.g., Everlane and Known Supply). These brands are all growing quickly, which is forcing the rest of the industry to take notice and change their behavior.

But as consumers, we are far from over. While there is some evidence that the market for ethically conscious products is growing and young people, in particular, are keen to buy from brands that are doing good in the world, the biggest apparel corporations are often the slowest to change their ways, partly because they have so much power in the market and believe their customers will buy anything they put on their shelves.

Especially in developing countries, many fashion workers have died over the last year, many in suspected suicides. Workers are paid so little; they have to live in boarding houses and even can’t afford the gas money to visit their children. In Asia, workers are paid below the national minimum wage, and worked 15-hour days with only two days off a month.

When we hear stories of widespread abuse at factories thousands of miles away, it’s easy to fall into apathy and believe that there’s not much we can do to change the status quo. But we can allow our horror and outrage to change our behavior, and prompt us to think carefully about where we choose to buy our next pair of pants or high heels. It might not change things immediately, but over time, it’s clear that wallet activism works. 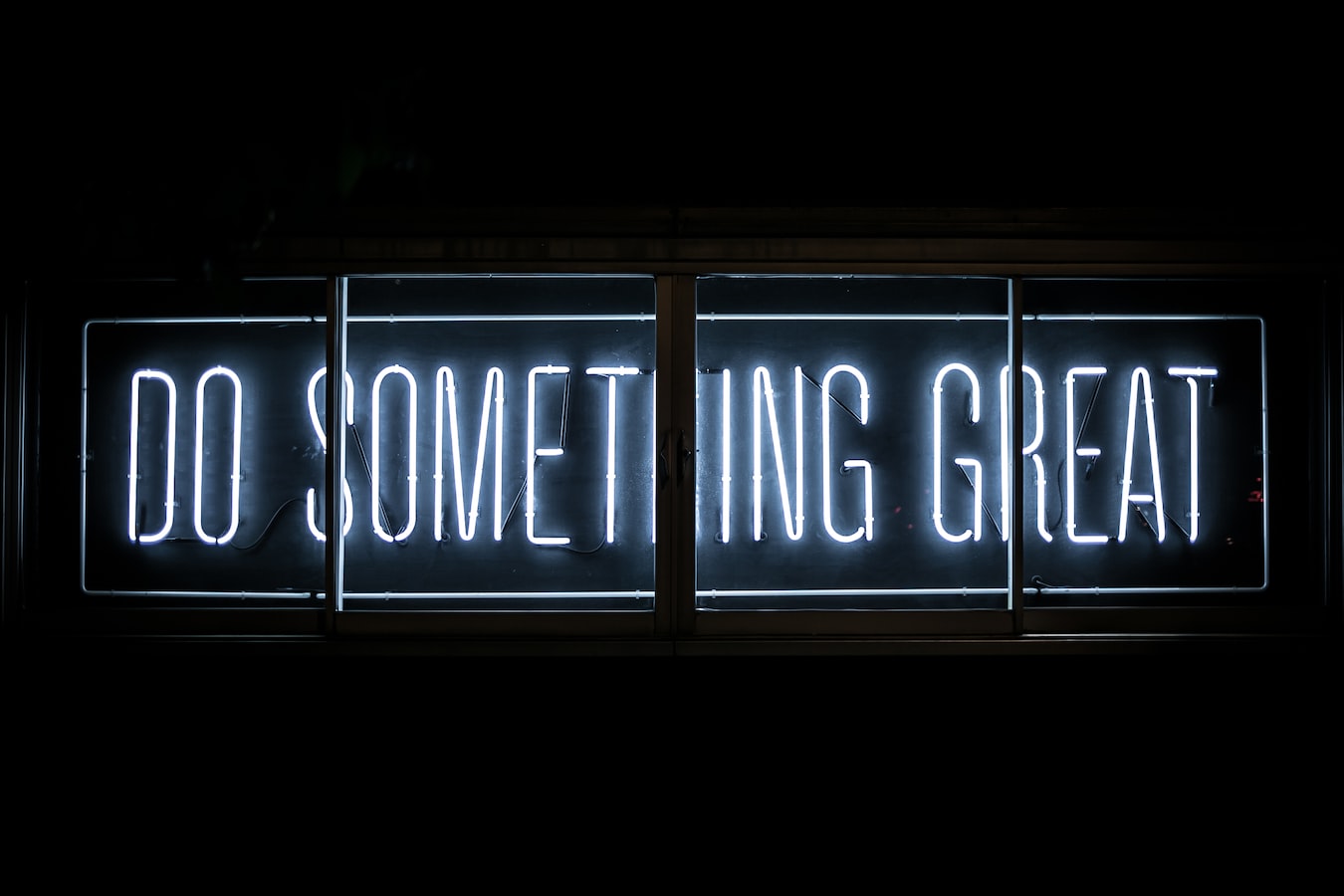 WE NEED A PERMANENT SOLUTION

There is one big power exist to erase the fashion industry’s destruction to the earth. That power is called: consumers. Consumers need to change the way they search for fashion products online or in person.

Unfortunately, just manufacturing a shoe made by banana peel or buzzing around sustainability just to make more dollars which by the way majority of the platforms and fast fashion brands do that anyways, won’t solve fashion industry’s deep problems and its damage to the planet.

Let’s face it, majority of those fast fashion brands or platforms which claim to bring sustainable brands together or make fashion more sustainable etc. wouldn’t even bother to create something if there was no profit on it. It means that they wouldn’t do it because they really care. And it’s understandable as it’s called business according to them even there is not any integrity on it.

The current ecommerce system is designed to manipulate and exploit fashion consumers like yourself. You are forced to make irrational choices which cause you to waste your time and money continuously. As a result, our planet becomes more polluted and destroyed each second due to overconsumption and overproduction.

We, as VidaMonti, believe that fashion shoppers deserve a place where they can search, discover, find and decide what to buy online globally by accessing unbiased real search results powered by relevant information in a democratized way.

A place where they can save their money, time and health as well as the planet by changing the way they search for fashion online. The best part is that doing this in a way without manipulating and exploiting consumers.

That’s why we built VidaMonti to make the world more sustainable circular via search and fashion.

Want to join the discussion?
Feel free to contribute!